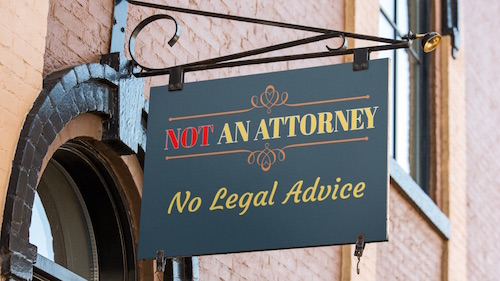 Last week I wrote what I thought was a fairly innocuous piece about advertisers who want the radio station’s voice to deliver the commercial copy in the first person (I/we) rather than the third person (they).

To my surprise, it generated a ton of response on Facebook.

Some people mentioned the Federal Trade Commission (FTC) regulations about “endorsements,” but no one seemed clear on what those regulations are.

As far as I know, the FTC never has directly addressed “having the station announcer speak as though s/he were the advertiser.”

The FTC has, however, published guidelines regarding the use of “endorsements” and “testimonials” in advertising. (The FTC guidelines use the two terms interchangeably.)

In my own, not-giving-legal-advice-I’m-not-a-lawyer-ask-your-own-attorney-if-you-want-advice opinion, a spot voiced by a radio station employee and featuring language such as “At Blauman Motors, we’re committed to…” does not appear to violate FTC guidelines.

The closest argument I can find for the opposite opinion is the requirement that the advertisement isn’t misleading.

If you want to argue that the announcer’s speaking in the first person implies an endorsement of the product or service, then the question becomes:

“Can listeners reasonably be expected to understand that person is saying ‘I/we’ is doing so because that person is being paid to read a commercial script?”

The FTC states, “If there’s a connection between an endorser and the marketer that consumers would not expect and it would affect how consumers evaluate the endorsement, that connection should be disclosed. For example….if the endorser has been paid or given something of value to tout the product.”

Yes, the voice talent is being paid “to tout the product.”

But is it reasonable to assume listeners understand that?

And is it reasonable to equate “reading commercial copy in the first person” with “endorsement”?

Personally, I think that’s a tough legal argument to proffer.

But there’s a different potential violation that regularly occurs at many radio stations: the spot that includes two of the station’s account executives pretending to be real customers giving real testimonials for the advertiser.

If those two people succeed in convincing listeners they’re real customers giving real testimonials, that would appear to be a clear violation of FTC guidelines.

A while ago, for my Radio Advertising Advantage members, I interviewed Peter Hoppenfeld, an attorney specializing in helping businesses market aggressively yet legally.

Peter responded directly to my question about that type of fake testimonial:

“Endorsements must reflect the honest opinions, findings, beliefs or experience of the endorser…”

Peter also offered a warning for anyone in the radio station or ad agency who volunteers or is pressed into duty as a fake “satisfied customer”:

The advertiser isn’t the only one who can get in trouble.

“Endorsers also may be liable for statements made in the course of their endorsements.”

Again, I am not attempting nor qualified to dispense legal advice.

Speaking as a non-lawyer, however, I suspect “We thought the FTC wouldn’t care” might not be an effective legal defense.

Next post: THE DANGER OF REAL TESTIMONIALS IN YOUR RADIO COMMERCIALS