WHEN AD COPYWRITERS ARE IN DOUBT 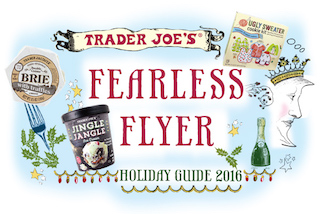 As an advertising copywriter, one of your most important skills is the ability (and willingness) to edit your own work.

If it’s a radio commercial and it contains so many words that it can’t be delivered at a pace that is natural to the dialogue, something’s got to go.

“If I delete this (word/phrase/line/paragraph), will the message be any weaker?”

If the answer is “no,” delete that word/phrase/line/paragraph.

How do you know if omitting it would weaken the message? Delete it and listen to the entire spot performed without it.

As we cold-blooded, tough as nails writers have been known to say:

When in Doubt, Cut it Out.

For a good writer, often that means cutting a “good” line: clever or forceful wording that makes an impact.

But does that impact actually make the ad stronger?

I can walk up to you and slap you in the face with a cold fish, which would make an impact on you. But that impact probably wouldn’t increase the likelihood of your purchasing the advertised item.

(Unless, of course, the advertised item is a fish slapping service.)

Less experienced copywriters often are unaware of elements that simply are irrelevant.

Often you’ll find those irrelevant elements at the beginning of the spot.

Ironically, it’s common for those irrelevant elements to have helped you create the entire commercial.

You begin writing, and your first line or first paragraph sets the stage for the rest of the story you want to tell.

For the record: Usually it’s a bad idea for a copywriter to begin the writing process by starting at the beginning of the commercial. When you do that, your first lines determine the direction of the rest of the copy.

It’s smarter, more efficient and more effective to begin with the action you want the targeted listener to take. Once you’ve defined that action, build your story so that it leads inexorably to the Call to Action.

During the writing process, your opening line establishes the foundation of the story you want to tell.

Once it’s done its job — once you’ve written a complete, compelling sales message — often you discover you can remove that foundation and your story stands on its own.

You might envision those opening lines as scaffolding for the message you’re intending to build. When you reach the point where the story stands on its own, the scaffolding no longer is needed.

I often use the copy in Trader Joe’s Fearless Flyer as examples of good copywriting.

This week, however, I came across a front page ad that is woefully and misguidedly overwritten.

Here’s the first paragraph. What could you delete without weakening the impact of the sales message?

Close your eyes. (Well, read this first; then close your eyes.) Imagine a cool, crisp winter day. Imagine breathing deeply and all your cares disappearing in an instant. This, chocolate-loving friends, is the sensation you will experience when you bite into Trader Joe’s Peppermint Chocolate Bar. It might even be better than your imagination, actually, because it’s chocolate.

You probably found it easy to spot what the writer should have omitted: the first two sentences.

You don’t need “close your eyes.”

You certainly don’t need the amateurish “Well, read this first; then close your eyes.”

If the writer had dumped those first two sentences, the spot would have begun:

Do you miss the two deleted sentences? Is the impact of the actual message lessened in any way?

There are more edits that can be made without weakening to the impact of the copy:

“all your cares disappearing in an instant.”

– Ending the sentence on “in an instant” highlights “in an instant,” while the image they’re trying to create is “your cares disappearing.”

– The copy is better off without including “instant.” But if the writer feels that’s important to include, “breathing deeply and all your cares instantly disappearing” would be stronger.

When they end the sentence with “in an instant,” everything stops.

“In an instant” has no natural connection to the “experience” the next line sells, while “cares disappearing” is part of what they’re trying to sell.

Other strong hints that this particular piece of copy was written by someone relatively new to the craft include the use of extraneous words or the misplacement of key words. In a piece of sales copy, there’s no such thing as a “neutral” element. Either it helps the sales message or it gets in its way.

The line “It might even be better than your imagination, actually, because it’s chocolate” is derailed by the placement of “actually.” “Actually” brings that line’s momentum to an abrupt, unnecessary halt.

The second paragraph of the Trader Joe’s ad explains what the Peppermint Chocolate Bar is and how it’s made. Then:

“It would be delightful just like that, with nothing else added. Rather than settle for simply delightful, we went for supercalifragilisticexpialidocious — so, we asked our supplier to hand-decorate each square-ish bar with swirls of white chocolate.” 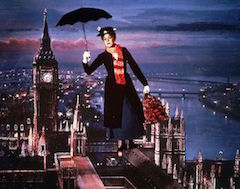 Why the hell is “supercalifragilisticexpialidocious” there?

Evoking a film image of Julie Andrews singing interferes with the message they’re trying to deliver.

On the other hand, that paragraph does have a word whose use here I love:

Okay, probably not a real word.

But it helps us more clearly see the item in our mind’s eye, while telling us, “It’s not exactly square…”

That’s an example of the flowing, easy-going language that represents the best of Trader Joe’s print advertising.