The 2 Key Questions for Effective Advertising 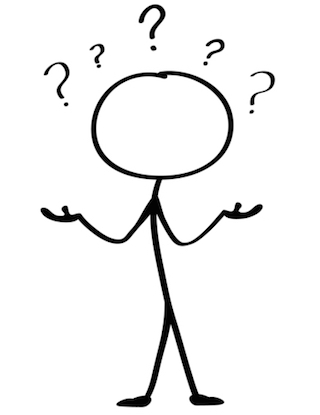 My big “secret” as a radio commercial copywriter is to keep asking basic, naive questions until I understand:

Until I understand those two points, I can’t write anything worth writing.

Here’s an oblique example of this (i.e., I’m deliberately withholding enough information to enable anyone to guess who the client is):

In interviewing the client, I kept asking why someone would want what the client was offering.

I wasn’t being sly; I simply didn’t understand what you might call the Value Proposition.

When the client would reply with boiler plate, right-off-the-brochure answers that didn’t add to my understanding, I’d repeat my question.

Again and again…because I still didn’t understand the Value Proposition.

Finally, with considerable frustration, the client replied “Because ___________!”

The Results of Doggedly Repeating that Question

1) At last I understood.

You can ask someone, “Are you familiar with (Company)?”

Inasmuch as “Because ___________!” explains precisely why you’d want to do business with this company (rather than being something that’s just catchy or cute), I’m delighted whenever I hear that.

Frankly, it never occurred to me that I’d ever create a catch phrase.

The Importance of Asking Naive Questions

For my technique of asking naive questions, you need to resist the temptation to nod and say “uh-huh” after the first few times you don’t get an answer you comprehend.

In school, I never could understand why when the teacher would ask, “Does anyone have any questions?” nobody but me raised their hands.

If I didn’t comprehend something we were being taught, surely at least one other kid in the class didn’t get it, either.

I realized that some other students must be equally puzzled but were too embarrassed to admit it publicly.

But if I don’t understand something, I don’t blame myself. The other person hasn’t successfully explained it to me.

So I keep asking “But why…?” until at last I understand why the targeted consumer wants what the advertiser is offering.

At that point, the hard part is done. Now I’m free to devise whatever type of story I think will sell that “But why…?”

Next post: 53-Question Response to “We Need More Sales!”