Yes, You Can Have Personality on a Music-Intensive Radio Station 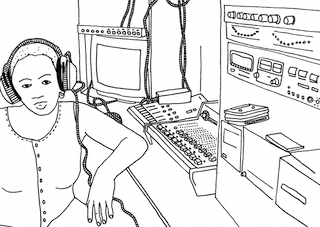 In my seminars and coaching for radio personalities, I’ve always taught a technique I call “The Inverse Set-Up.”

Simply stated, The Inverse Set-Up consists of making your comment first and then giving the information.

Here’s a Very Basic Example of The Inverse Set-Up

“You’d better go to the front hall closet and dig out your umbrella (the comment)…because there’s an 80% chance of rain tomorrow (the information).”

Imagine two people in a car, with your radio show on. They’re talking, yawning, daydreaming, planning their day….

Your goal is to get at least one of them to lean forward, turn up the volume and say, “Wait, I want to hear this.”

When you begin by saying, “You’d better dig out your raincoat,” common listener reactions will include:

“Wait, I want to hear this. It’s going to rain? Today? Tomorrow? Tonight? I was going to play tennis this afternoon. We’re planning to go on a picnic tomorrow. Johnny’s supposed to ride his bike home after band practice today; will it be raining then?”

Most radio people, however, do the exact opposite.

They give the information and then they comment on it:

“There’s an 80% chance of rain tomorrow…so you’d better go dig out your umbrella.”

Thanks, pal. Once I knew it probably will rain tomorrow, I was able to figure out that I might need an umbrella.

The problem with giving the information first and then making a comment is that once listeners have the information, they make their own mental comments.

And those mental comments are much more precisely targeted for each listener…because each listener knows his/her life better than you do.

“Make each feature your own. Everything you do on the radio should in some way reflect your own unique personality.”

That doesn’t mean you don’t follow the station’s format.

The station’s programming doesn’t come to a halt so that you can do this next thing “your way.”

Recently I was pleased to hear Mary Price of 100.3 The Sound (Los Angeles) do a simple record intro that incorporated both of those principles.

The “comment” portion of her Inverse Set-Up wasn’t that she never was a fan of that TV show.

The “information” was what show, which two guys, and what song.

How Did She “Make It Her Own?”

The next time I hear “Every Breath You Take,” the odds are I’ll think of Robert Downey Jr. and Sting singing that song on the Ally McBeal show.

And I’ll probably think of the radio personality who drew my attention to that fact by first commenting about it and then sharing the details.

Next post: CAN RADIO STATION STILL USE MY VOICE?