RADIO ADVERTISING – Who Are You? What’s Your Story? 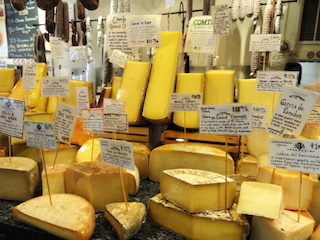 First, let’s listen to this radio commercial, and then I’ll ask you a few questions.

Question #1: Who voiced that spot? (He gave his name at the beginning of the commercial.)

Answer: Unless you have some connection to Trader Joe’s or are a friend or relative, you have no idea who Dan Bane is.

He’s the CEO of Trader Joe’s.

I didn’t know, either. But a little Googling uncovered the answer.

Question #3:  Inasmuch as no one knows who Dan Bane is, why is he delivering Trader Joe’s sales message in this radio commercial?

Because he’s the public face of the company, and consumers instantly associate him with Trader Joe’s? Well, no.

Is it because as CEO of the company, he knows more about the individual foods they sell in their stores?

If you want to know “What are the most popular special items this week,” almost every employee at every one of their markets can give you a more knowledgeable answer.

Wait, I’ve got it: He’s voicing that commercial because he’s so darn good at effective one-to-one communication via a microphone.

Well, except for his sing-songy delivery that’s the hallmark of someone who is reading, rather than talking.

If you’re thinking, “Well, gee, at least he’s not shouting at the audience,” you’re correct.

But neither is he speaking naturally.

Play the spot again and imagine he’s a friend of yours and he’s talking to you that way over the telephone.

Is that how your friends or colleagues actually speak?

I will gladly offer him one compliment: his delivery of the line, “Or Utah.” But that was the only nonrobotic element in that radio ad.

Dan Bane sounds like a pleasant enough chap. But it’s clear that he’s reading someone else’s script into a microphone; he’s not talking to us.

As I’ve mentioned previously, the people write the copy for Trader Joe’s print flyers are exceptionally good at writing for print.

But you can’t simply take that style and apply it to a radio spot.

When you look at one of their flyers, you don’t read every paragraph on every page.

Your eyes skip over stuff you know you won’t be interested in and pause at items of interest to you.

You can’t do that with a radio commercial.

You can’t skip past the irrelevant parts.

If you’re the targeted consumer, a radio commercial needs to command your attention from its first sounds and keep it until the Call to Action has clearly and convincingly been given.

After the first 18 seconds, we still don’t know what the actual message is.

We know it has something to do with Trader Joe’s, but that’s not enough grab and keep our attention.

1. Begin with the story, not with a rambling set-up.

“Have you seen our spotlight cheeses?” is far from being the best opening line I’ve heard in a radio advertisement.

But it’s better than, “This is Dan Bane of Trader Joe’s, where shopping for groceries is something you’ll want to do.”

You won’t see me in a supermarket unless I’ve already eaten every morsel of food I can find at home.

That includes stuff in the refrigerator that I can’t identify but which I know probably at one time was edible.

But “not enjoying shopping” isn’t the problem Trader Joe’s might be able to solve for me.

“Finding interesting stuff that I haven’t had before and that appears both healthy and tasty” — that’s a challenge Trader Joe’s might be able to help me overcome.

Instead of opening by defining a problem the advertiser doesn’t actually solve for consumers, they could’ve opened cold with, “Have you seen our Spotlight Cheeses? I’m Dan Bane of Trader Joe’s” —

— and then they’d need to deliver a compelling reason why the targeted listener should see their Spotlight Cheeses.

2.   If for some reason “Dan Bane” must voice the spot, explain to the listener who he is.

“I’m Dan Bane of Trader Joe’s” means…Well, it could be a spokesperson. Or an employee.

Clearly Trader Joe’s invests a lot of time and care in the creation of their monthly flyers.

They expect their copywriters to take all that information and make it appear not just interesting but fascinating.

Sadly, they don’t hold their radio advertising to the same high standard.

Previous post: At Last, A Humorous Radio Commercial That Sells the Product