The Radio Advertising Client Who Doesn’t Believe You 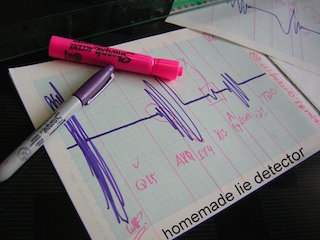 In response to my recent post, “How To Fix That Radio Advertising ‘Story’ Commercial,” Mike Holmes wrote:

Dan, I have told clients never to give listeners more than one contact choice, for the reason you give (it paralyzes them, which I learned from you several years ago). Most accept it, but some flip right out, saying “But it makes sense to give people a choice!” They’re afraid that some people don’t have computers and figure that choice will increase the response rate.

What can I say to them, or are such people beyond redemption and should I just tell them, “Okay I’ll put your web and physical addresses in the copy but if the response rate isn’t so hot, remember what I told you!”

Those clients are falling victim to the fallacy of “Face Logic” — on the face of it, it seems to make sense. But what seems “logical” isn’t always accurate.

When your clients fight you on this, it means you haven’t done your job. You haven’t already established yourself as the expert on radio advertising.

Clients who already perceive you as The Expert wouldn’t dream of contradicting you or arguing with you.

They might ask for clarification. They might say, “I don’t understand.” But they won’t flip out and insist you must be wrong.

The Two Keys to Winning The Argument

The two keys are:

1. Establish yourself as the expert.

2. When necessary, educate the client.

I conduct seminars for radio and ad agency account executives on how to educate clients.

I’ve written an inexpensive (yet valuable) e-book on the topic: HOW TO EDUCATE YOUR RADIO ADVERTISING CLIENTS. It’s really not a difficult task to accomplish… if you’ve educated yourself in the process.

You could tell the client that it’s been proven over and over again that increasing the numbers of Calls to Action decreases response.

If you haven’t established yourself as the expert, the client won’t believe you.

You could tell the client to read THE PARADOX OF CHOICE by Barry Schwartz, which is filled with marketing examples of this phenomenon.

It’s easy to read and costs less than 9 bucks.

But the client won’t read it. Everyone reading this blog posting, however, should read Barry’s book.

You could say to the client, “You can see for yourself by doing a simple split test. For six weeks, we’ll alternate commercials with identical schedules.

“On Weeks One, Three and Five the commercials will give both your Web address and your street address.

“On Weeks Two, Four and Six the commercials will give only your Web address, which you already have told me is how the majority of your new customers establish ‘first contact’ with you.

“Because I haven’t succeeded in making you believe I know much more about my business than you do, you can look at the numbers yourself. It’s an expensive way to learn this lesson, but if that’ll make you feel better….”

That won’t be a perfect experimental design, because it doesn’t control for “order effects” — i.e., it’s possible that the second week might always outpull the first week (for example).

But that doesn’t matter because:

1. Even if there is an order effect, the overall results will be striking.

2. The clients won’t agree to do it anyway. They’ll prefer to insist they’re right than to put their “convention wisdom” to a real test.

For a truly valid test that controls for such variables, you’d need to run identical schedules on identically programmed and identically performing stations in identical markets with identical audiences. But unless you’ve discovered a parallel universe — that happens to have commercial radio — such a test is unlikely.

So we circle back to you, the copywriter or you, the account exec: If you want to provide your clients the most for their money, you need to:

1. Educate yourself to the point where you do have genuine expertise in radio advertising.

2. Make that expertise clear to the client at the beginning of and throughout your entire relationship.

Next post: How Not to Pre-Test a Radio Commercial