Is “Best” Better Than “Competitive” in a Radio Commercial?

In response to my posting explaining why “competitive prices” is deadly language in a radio commercial, Thom Whetson asks:

“Would ‘Best Price’ have the same issue?”

Usually you want to avoid saying “Best Price” in your radio campaign, but for a different reason.

As we’ve discussed, “Competitive Prices” conveys the message, “Hey, our prices aren’t any worse than most other places’ prices.”

If your radio advertising campaign boasts that you have the best prices, then you are positioning whatever it is you sell as a commodity.

Commodities are interchangeable; to the end consumer, one is pretty much as good as another.

When your product or service is a commodity, “price” is the only thing that matters to the consumer.

Example: Gasoline. Although some oil companies will insist that their gasoline is better for your automobile than their competitors’ (and they may be correct), most of us buy the cheapest gas around.

You want to fill up your tank, there are two gas stations across the street from each other, and one is advertising gas at 5 cents a gallon less than the other; which one do you choose?

Most of us select the cheaper option.

In fact, we’ll drive several blocks further to save a nickel a gallon. After all, if we add 12 gallons to our gas tank, we’ve saved a cool…uh, 60 cents.

Shoelaces. We carefully compare the specifications of competing brands, and if two brands are identical in tensile strength, slippage, knot security, abrasion resistance and water wicking resistance, we buy the cheaper brand.

(Or maybe you just make sure they’re the same length. Some of us, however, like to do our research before making a shoelace purchase.)

If you just want to buy some aspirin and have no special loyalty to a particular brand, you buy the cheapest generic brand on shelf.

The advent of “compare to…” store brands vs. national brands has brought the commodity concept to new categories or subcategories.

Example: I don’t buy just “aspirin.” I purchase Extra Strength Excedrin (is there any other strength of Excedrin?) not because of its advertising or its powerful positioning (“an Excedrin headache”).

I buy Excedrin because the combination of aspirin, acetaminophen and caffeine does a better job of getting rid of my headaches than aspirin or acetaminophen alone.
Bonus Tip: Wash it down with Diet Coke, and the soft drink’s caffeine serves as a booster for Excredin’s caffeine.

For me, it’s not Bayer’s or Tylenol or Advil; it’s Excedrin. I don’t care how much cheaper the others might be; it’s gotta be Excedrin.

When I’m shopping at a branch of a national drugstore chain that sells its own generic product that appears to be exactly like Excedrin but significantly less expensive, I gladly reach for the cheaper, generic alternative.

Identical products, but one is 3 bucks less than the other? That’s an easy choice to make.

Identical ingredients but one is significantly less than expensive than the other? Another easy choice. 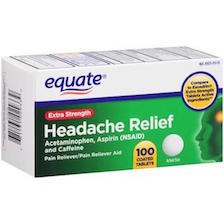 Excedrin costs around $10 for 100 tablets or caplets.

(Probably Costco sells its own house brand. But I don’t know where I’d store a 40-gallon container of generic Excedrin.)

The products are chemically identical, and they produce identical results for users. At least if  you’re shopping at CVS or Wal-Mart, Excedrin has been transformed into a commodity.

If your advertiser is offering “the cheapest available anywhere,” they’re can’t also offer “the best.”

If their competitive advantage is having the lowest priced widgets in town, then their strength can quickly turn into a weakness when someone else comes along with the same widgets but at an even lower price. 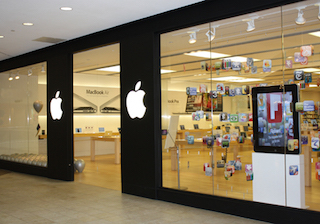 Neither will you see an Apple Store advertising “the lowest prices for computer peripherals” — because their cables and cases and adaptors sell for twice as much as the identical products at the nearby Big Box stores.

Back to Thom’s original question: If you’re advertising a commodity and your big selling point (your Unique Selling Proposition) is that you do have the lowest prices around, then make that the focus of your radio ad campaign.

Don’t talk about convenience, free parking, or the expertise of your staff. If you’ve chosen to compete on price, don’t simply mention it. Hit it hard. Again and again.

And hope that someone even cheaper than you doesn’t enter your market.

Previous post: How Not to Pre-Test a Radio Commercial