RADIO ADVERTISING and “THE ILLUSION OF TRUTH” 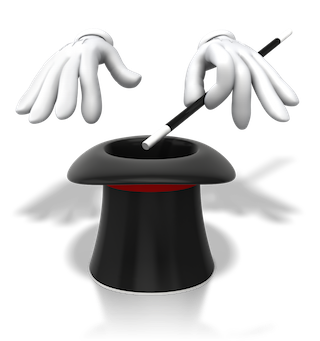 Why do we hear or see the same commercial repeatedly over and over? I came across this thought in LinkedIn from Saurabh Nangia, Founder of Targeting Mantra of interest. While he is not addressing commercials per se, his views on “messages” (as commercials are) are what I found interesting….

THE ILLUSION OF TRUTH EFFECT – WHAT IS IT?

“When a message is repeatedly seen or heard by people, a sense of truth about the same is imprinted in their brain. This imprinted message leads one to believe that the message is true. Messages that are reproduced time and again boost the forcefulness of the argument to an extent. Increased amounts of repetition of a message without any spice will only diminish its strength and start to make it appear pestering….”

“When a message makes way into full consciousness of a consumer’s perception, it must be extraordinarily fascinating and compelling for the user to take action….The illusion of truth can be depicted by informing customer of a sale repeatedly, while also making sure that it does not pester them.”

“The illusion of truth can be depicted by informing customer of a sale repeatedly, while also making sure that it does not pester them.”

It’s hard to have missed Chevrolet Truck’s current TV Spots that have appeared so many times. Whether it matters to you or not, don’t you at least “believe” that the 2015 Chevrolet Colorado is “Motor Trend’s 2015 Truck of the Year?”

How many times have you heard about a friend or associate become a “lost sale” to a business because they said they would not patronize a company or buy their product simply because they disliked their (repetitive, spiceless, attention-getting, pestering) commercials so much?

Dan Replies: While repetition has proven capable of creating the illusion of truth, Chuck omitted an important qualification to that last quote:

“In eCommerce, the illusion of truth can be depicted by informing customer of a sale repeatedly, while also making sure that it does not pester them.”

While for advertising purposes radio is an intrusive medium — commercials are delivered to listeners whether or not they want to hear them — a smart phone notification is infinitely more intrusive.

Users must maneuver past such notifications before being able to initiate the actions they want the device to take.

Unlike an unwanted cluster of bad commercials, they can’t change stations or quickly dispose of a chore until the advertisements have run their course.

The quoted author’s reaction to one illustration is, “Chances are, I would be extremely annoyed and uninstall the app.”

Few listeners, however, would respond to an irritating commercial by removing the station from its assigned button on an automobile’s radio console.

It’s this heightened intrusiveness that requires mobile messages to be interesting (to get the attention of users who are being delayed in their attempts to derive benefit from the device), relevant (to make them glad that the uninvited message got their attention) and fresh (to keep them from getting annoyed at the repetition of the message).

For a radio commercial to be appreciated by the listener, it needs only to be clearly relevant.

The more relevant the message to the listener’s life, the less “spice” it needs.

My answer to Chuck’s question, “Whether it matters to you or not, don’t you at least ‘believe’ that the 2015 Chevrolet Colorado is Motor Trend’s 2015 Truck of the Year?” is…

I don’t believe the 2015 Chevrolet Colorado is Motor Trend’s 2015 Truck of the Year.

Nor do I disbelieve it.

Regardless of how many times I may have seen that TV commercial, the statement is irrelevant to me.

Yes, most likely I’ve heard that line many times. But I have no interest in buying a truck, which makes that factoid irrelevant to me.

What did I say is the most important factor of a commercial message? Relevance.

The irrelevance of that boast prevented it from entering my consciousness. I don’t “believe” or “disbelieve” it because I never consciously heard it.

What about those people who say they’ll never patronize a particular business due to its annoying advertising?

There’s a difference between saying and doing.

If it’s annoying in a manner that clearly highlights the product’s or service’s value to their lives, for many of them “value to my life” will trump “annoyance of the commercial.”

My response should not be read as a defense of bad radio advertising — annoying or not.

If a radio campaign meets that criterion of success and it doesn’t violate any legal or ethical standards — or the radio station’s own standards, if it has any — then everything else is theoretical window dressing.

Next post: THE FOUR KEYS TO SUCCESSFUL ON-AIR RADIO CONTESTS