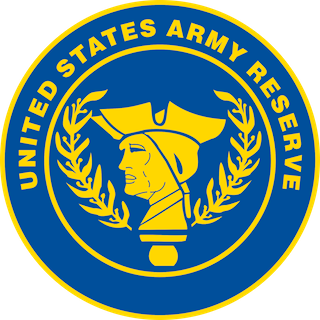 This isn’t a great radio commercial, but it does enough things right (that most other advertisers do wrong) that it’s worth complimenting them.

What’s Good About This Radio Commercial

The phrase “build your future” is most likely to resonate with young adults.

The announcer allows the words to carry the message, rather than making the mistake of accentuating the high impact words and phrases.

By the time they say “your life becomes extraordinary,” we’re wondering exactly what this advertisement is for…and then they identify the advertiser.

That’s precisely what I teach copywriters: In a typical spot, you don’t identify the advertiser until the target audience impatiently is thinking, “Where do I get this?”

Early in the commercial, they anticipate and overcome the most obvious objection — the time commitment, which they dismiss as “just one weekend a month and two weekends a year.”

What’s Not So Good About This Radio Commercial

The music helps deliver the message…for the first 10 seconds. After that, increasingly it competes with the announcer’s voice for the listener’s attention.

Although they wisely save “possible enlistment bonus of up to $20,000” for late in the spot, adding a big benefit after the audience already is thinking it sounds like a pretty good deal, the music drowns out the voice and many listeners never will hear it.

At :16, they drop in a pickup obviously recorded by that voice over talent at a different time. They should’ve listened more closely and done a more accurate voice match.

In fact, the first time I heard this commercial I thought a second announcer had joined the spot…until I heard the voice return to the pitch I had been hearing prior to that.

The second half of the spot sounds as though either:

A) It was written by someone else

B) The copywriter originally wrote a 30-second advertisement and then had to transform it into a :60.

The second half suddenly starts to use the kinds of lame word choices we hear in so many other commercials:

The objective of this radio spot is to drive traffic to the Army Reserve’s website. But they give the URL before they give people a reason to want to go there.

The reason they do give is weak: “To learn more about the Army Reserve.”

By this time, the music has won the battle over the voice, so perhaps it doesn’t matter. But first you give the reason to go to the website, and then you give the Web address.

Next post: NO, THIS RADIO COMMERCIAL IS NOT A SATIRE