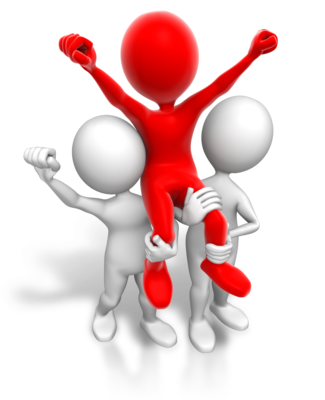 Recently I issued a challenge for radio commercial copywriters to improve upon a weak line that appeared in an otherwise well-written print advertisement for Trader Joe’s.

A bunch of people submitted their copywriting rewrites (here).

The line to be rewritten was the second of these two sentences:

“Trader Joe’s Sublime Ice Cream Sandwiches came to fruition after months and months of tasting and re-tasting by our panel. (Yes, it’s a messy job, but we’re pretty sure we’re up to the task.)”

Entry #4, submitted by Daniel Y, garnered the most votes from readers.

All the entries, naturally, were brilliant.

Here are the finalists, this time with my own notes.

The results were unanimous, but like any hung jury, they kept reviewing the evidence.

Dan’s Note: The joke is funny, but it’s too subtle.

My own style of humor is deadpan and depends upon a brief pause while the other person “gets” what I’m actually saying.

But in a radio commercial, the audience can’t freeze time; the commercial continues regardless of whether it’s momentarily lost the listener’s attention.

Also, the use of “hung jury” is confusing. (I’ll pause while 5% of you guys make your own crude joke about the use of that term.)

The way it reads, the panel was “like any hung jury.”

But a hung jury is one that cannot agree on a verdict. I’m guessing, therefore, that Denny’s intent was, “But they kept reviewing the evidence despite their unanimity.”

The joke in Denny’s version is that they kept reviewing the evidence, even though there was no reason to do so (other than to keep eating the ice cream). “Hung jury” confuses and thereby weakens the joke.

The panelists tasted like crazy, enduring countless hours rolling on the floor with ice cream headaches so we could bring you the single most lucious ice cream sandwich ever.

Dan’s Note: Uncharacteristically, Blaine waffled*. On the one hand, we have “tasted like crazy” and enduring ice cream headaches. On the other hand, we end up with “most luscious ice cream sandwich ever” — an advertising claim that begs the response, “Really??”

(*No, that’s not a sly reference to “waffle cones” or to the origin of the ice cream cone.)

Several people referred in some way to the phenomenon of “ice cream headaches.” I’m not opposed to using it; it certainly does intersect common human experience, which is something I teach & preach.

But “headache” is a reaction many people (including, alas, myself) often have to ice cream. It’s a mistake to remind people of that association when trying to sell ice cream.

See Entry #5 for a better way of using this.

Afterwards we had to buy pants with a bigger waist size…but it was sooooo worth it!

Dan’s Note: Funny, but for many people — certainly including Trader Joe’s health conscious customers — choosing to eat ice cream = choosing to ignore their desire not to get fat (or fatter).

If someone were to say, “Here, eat this ice cream. You’ll immediately gain 3 pounds, but the it tastes SO good….”

…months of tasting and re-tasting by our panel. Yes, we have such a panel and no, we’re not hiring.

Dan’s Note: Excellent. The wording is elegant. It takes us in an unexpected direction with a funny pay-off that doesn’t slow down the commercial.

Yes, we knew the risk of brain freeze, but dammit, people – this is SCIENCE!

The line is funny by itself. But it doesn’t move the commercial along. The story momentary stops with the punchline, as indicated by the strong (and appropriate) emphasis on “SCIENCE!”

Yes it’s a messy job… But we wore bibs …and (damnit) we LOVE ice cream sandwiches!

Dan’s Note: “But we wore bibs” is funny and quick.

It would’ve been stronger without the “we love ice cream sandwiches” coda, which didn’t make it any funnier and didn’t strengthen the sales message.

Yes, it’s a messy job but we were wearing waffle bibs.

Dan’s Note: As I recall, both of Patricia’s entries were inspired by Michael’s (which is within the rules of this competition).

I don’t know what a “waffle bib” is…or is supposed to be. Remember, when you confuse the listener, you derail the commercial.

Dan’s Note: That’s kinda funny. But it doesn’t lead to the next part of the commercial, which sells the product. Instead, everything comes to a halt.

(and more than a few ice cream headaches for those who did their tasting just a bit too quickly. Looking at you, Joe.)

“Just too quickly” takes the story off course.

“Looking at you, Joe” is funny…but eats up (no pun intended) too much time.

Yes, it’s a messy job but we get paid by the scoop!

Dan’s Note: Points for originality, but it doesn’t move the story along.

It was a messy job, and we all gained 12 pounds.

It was a messy job, but our employees found it very -“full-filling.”

Dan’s Note: Kinda cute. But puns are really dangerous in radio commercials, and this one doesn’t further the sales message; it’s simply a pun.

Yes, it was a rough job, but our taste-testers wear stretch pants for a reason.

Dan’s Note: Of all the entries that worked the “gain weight” angle, this did it the most humorously.

But it still points out “fat” in relation to a product for which “fat” is an unfortunate byproduct that no one wants.

And The Radio Commercial Copywriting Rewrite Winner Is…

I agree with the popular vote winner: Entry #4 (Daniel Y).

I had planned to award the winner $5,000 in cash, but because Daniel Y didn’t further identify himself, I have no choice but to go out and enjoy a box of Sublime Ice Cream Sandwiches in Daniel Y’s honor.

Congratulations, Daniel Y, and thanks to everyone for your contributions.