“WHAT’S WRONG WITH THE OPENING LINE OF THAT RADIO COMMERCIAL?” 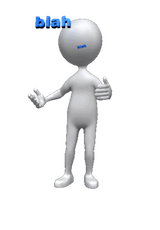 I prefaced the critique with, “Forget about the lousy opening line….”

One reader remarked, “I am curious. What was ‘lousy’ about the opening line?”

Here’s what’s lousy about it.

1. It’s nonsensical. How is the listener supposed to “get ready” for a new frappe flavor?

2. They try to cram in so many words that the announcer has to speak too quickly for the listener to hear what she says.

(Unlike readers of the this blog, none of the radio audience stopped what they were doing and leaned it to hear those opening words.)

3. When that line is spoken, listeners have no idea where the heck they are.

If they had use some sort of sounder that identifies the advertiser, at least the audience would have understood it has something to do with McDonald’s.

That wouldn’t have made it a good commercial or a good beginning, because a successful radio spot has to have something to do with the targeted listener.

But anchoring the message to an identifiable sound (e.g., a musical signature) would have made it easier for the audience to get a sense of what this story is supposed to be about.

But the copy simply lists the ingredients, and the announcer delivers it as she would a laundry list.

I’m willing to wager that after she recorded that line, you could’ve asked her, “What’s in that new product they’re advertising?” and she wouldn’t have been able to answer without referring to her copy.

(Of course, I fully recognize the possibility that the VO artist gave exactly the delivery the producer wanted and might bear no responsibility at all for the lack of impact of that line.)

5. The opening line of a radio commercial is your commercial for the commercial. It’s your one chance to grab the attention of the targeted listener.

This opening line squanders that opportunity.