THE ONE THING RADIO STATIONS AROUND THE WORLD HAVE IN COMMON 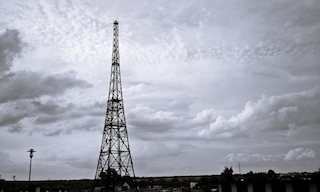 Earlier I presented one example of a “Hail Mary” method of getting a non-responsive prospect to return the voice mail message of a radio salesperson.

One reader, David, posted this reply:

Respect what you are saying. As a global Guru you will appreciate that cultural differences that often dictate how these things are executed locally. For me, here in the UK, this is a great example of American salesmanship! Love it. If it worked for Robert, fantastic. Over here it would sink.

This is an example of how a sales person would execute what I call the ’13th close’. When all else fails, tears start to well up in your eyes, your breathing becomes laboured, your hand starts to shake. The prospect asks what’s the matter thinking your having an ‘episode’. You tell him or her that you’re going to get fired if you don’t bring in a deal today. With your head in your hands you ask ‘what are my 5 kids going to think when they come back in from school?’.

We never use the 13th close.

First, David, thanks for the jargon, which I love collecting.

While Robert’s particular “Hail Mary” message (that’s my own term) wouldn’t fit your style, it’s the same in the UK as elsewhere:

Almost all salespeople leave essentially one voice mail message multiple times and, when they reach a certain point, simply give up.

They will increase their success rate if before they give up on that prospect, they leave one well designed, radically different message that is far from the style that has failed them.

Upon first reading, your message appears to be your final line: “We never use the 13th close.”

But going back to your first paragraph, you say, “Cultural differences often dictate how these things are executed locally.”

That definitely is true. With virtually everything I teach, the principles are universal and will work anywhere.

But often the execution will differ depending upon the geographic location or cultural setting.

This applies to radio programming as well.

The one thing that every radio market in the world has in common is the belief that “our market is different.”

Every market in the world tells you, “But we’re different.”

“That might work in North America, but not in Europe.”

This was most dramatically demonstrated when I conducted a radio talent seminar at a large broadcast conference in Oberhausen, Germany.

I played an example of a highly entertaining on-air contest as done by a disc jockey in Dallas, Texas.

The attendees — even those who “heard” the contest via simultaneous translation from my English to their German — howled with laughter.

Then I played a version of the same competition, this time presented by two morning hosts in Sweden.

Then a radio programmer stood up, cleared his throat and said, “That probably would work in Cologne. But here in Oberhausen, I don’t think listeners would ‘get it.'”

Oberhausen is 75 kilometers (47 miles) from Cologne.

Principles of human behavior and communication are universal, because they are rooted in genetic programming.

It’s like food: All human beings eat; there is no “No Food” culture. Among cultures, the flavors vary, the spices vary, the styles of preparation vary.

But the principle of “eat food to survive” is constant.

So are basic human impulses and behaviors. We may present those behaviors differently. But that’s just a matter of utilizing the appropriate local flavors to your presentation.