During a time when everyone is quick to bash corporate radio, I find myself in the unexpected position of feeling obliged to defend the reputation of Clear Channel CEO Bob Pittman.

Clearly, someone has launched a very sophisticated campaign to make Pittman appear to be an idiot.

This first came to my attention more than a year ago, when online trade publications claimed Pittman had assured an industry convention that radio doesn’t have anything to fear from iPods “because people don’t want to have to program their own music.”

Oh. Right. That explains why Apple has sold only 300+ million iPods.

Why would people want to make the effort to load an iPod with their favorite music, when instead they can listen to a radio station that plays music that might occasionally include a couple of their favorite songs?

Obviously, Pittman couldn’t have said anything that stupid.

Those same, scurrilous radio journals reported that at a more recent radio conference, Pittman assured attendees that “traditional” or “terrestrial” radio has nothing to fear from Pandora.com.

Pandora, he explained, is not “radio.” It’s a jukebox.

All we need to do is get people to stop referring to Pandora as a form of “radio,” and everything will be fine.

Here’s how I know Pittman never would have said that:

Stupid: If its millions of users think of Pandora as a form of “radio,” then it’s radio.

Wrong: If you’ve never used Pandora, here’s how it works:

You begin your own “station” by indicating some of the music artists you enjoy. Then Pandora plays a variety of music not only by those artists by also by others who share some important musical traits.

Discovering artists you weren’t familiar with but whose music fits your personal taste is one of the joys of listening to Pandora. Pandora offers variety, surprise, discovery…all in an attempt to play music you like. 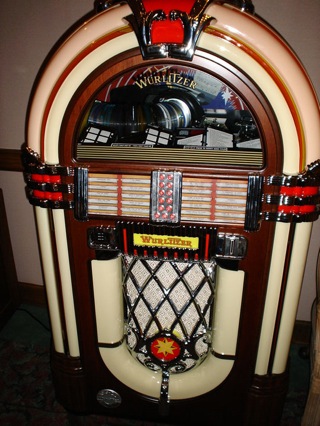 If you’ve never used a jukebox, here’s how it works:

You put money in, you select a song, and the jukebox plays the song you selected.

There is no way Bob Pittman could be stupid enough to think that describes the way Pandora works, too.

Almost as an afterthought, it’s claimed that Pittman also declared Pandora can’t establish the “personal” connection to its listeners that “real” local radio stations can.

You know — that distinctively human, determinedly local and unabashedly personal quality for which Clear Channel stations have become synonymous.

When I hear a radio station play the same music with the same impersonal voices delivering the same bland liners as hundreds of other cookie cutter stations across the country, as a listener I don’t have a “personal” experience with the radio station.

But when Pandora sees that I like The Bobs and therefore decides to introduce me to Da Vinci’s Notebook, whenever I share “Title of The Song” with a friend, I thank Pandora for that personal introduction.