ONE OF THE 20th CENTURY’S MOST INGENIOUS AUDIO INVENTIONS + VERY, VERY BAD TIMING

Yesterday I wrote about marketing legend Joe Sugarman and his trailblazing JS&A Catalogue.

It introduced to Americans, among other things, the world’s first pocket calculator.

In 1979, JS&A advertised “a new concept in sound technology” that “may revolutionize the way we listen to stereo music.”

That wasn’t hype. People who used the device loved it. 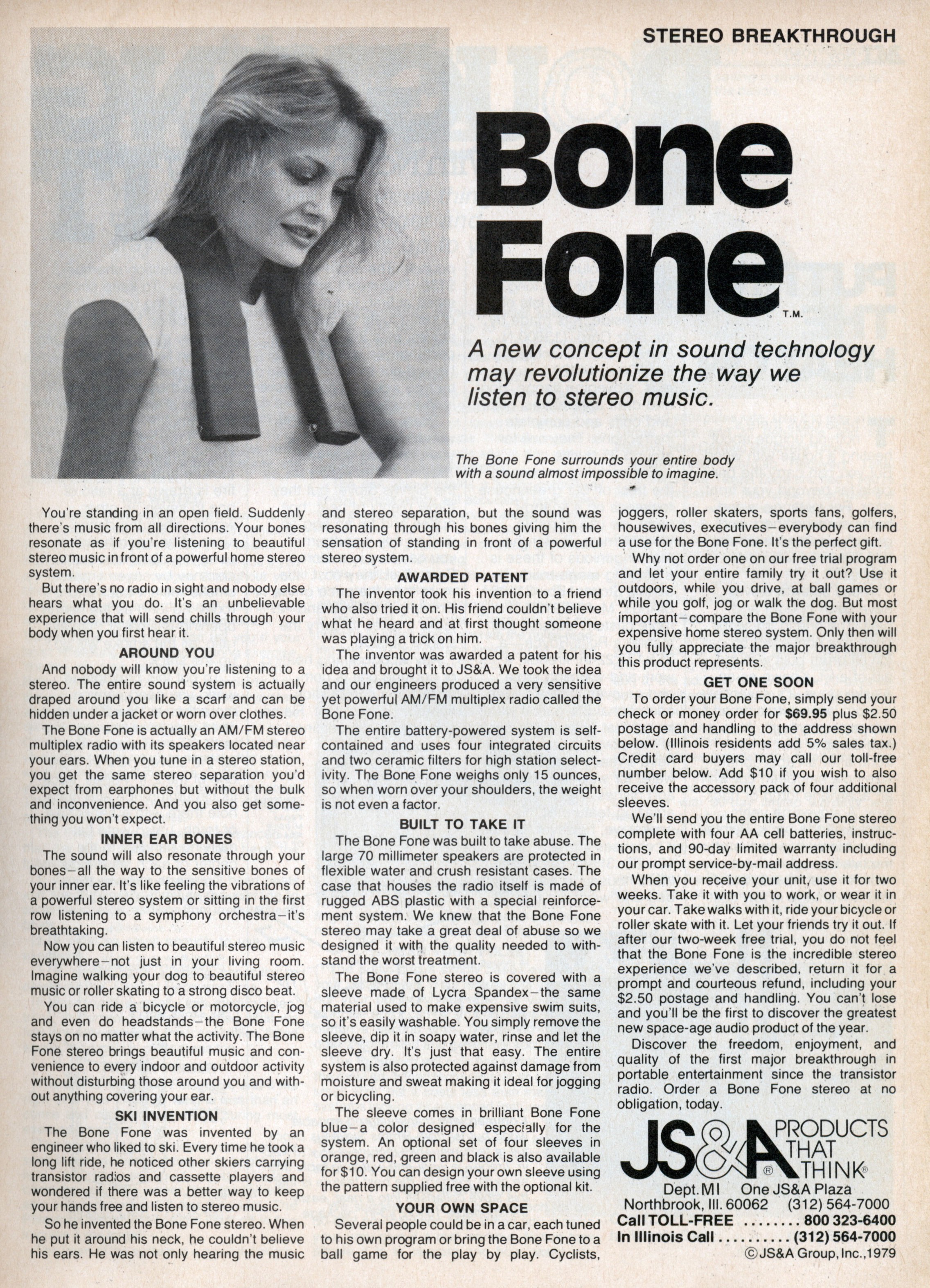 And then, a couple of months after the launch of the Bone Fone, Sony introduced the first Walkman.

By the way, here’s a video of the Joseph Sugarman, singing my praises.

Next post: (video ad) HOW TO WRITE 10-SECOND RADIO COMMERCIALS