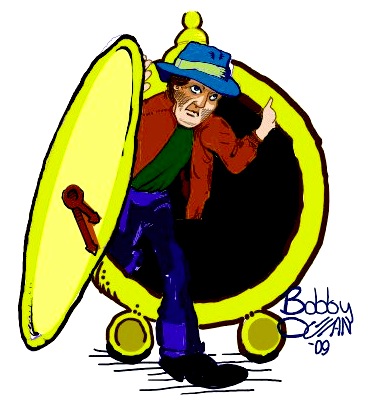 Today’s radio, nearly unrecognizable to, say, a Pams Pureblood or Hippy Reveler from the 60s or a disciplined Boss Jock from the 70s, even now operates on what I call “universals,” or ideas of a timeless quality.

One of the “universals,” the simple telling of a Story, as one example, is just as appealing today as it was when Broadcasting originated from Broadway in New York City over 70 years ago, with twenty-something Orson Welles as its reining King.

Our current state of radio, still in flux and motion, continues to use Stories every day, whether they are in the form of a commercial, a polarizing opinion on a talk show or a night time love song dedication.

And there are many more methods than before that can be employed to successfully hold the listener’s attention through your Story. Styles have been developed, patterns have been recognized and plotted. Now small armies of technique-hybrids inferred from extrapolations of these archetypes are suddenly available and at the ready, just in time for the new inclusive digital age.

As they have always been, they are all here waiting to be individually discovered by you and me.

In addition to Stories, there are plenty of other “universals” in great abundance for broadcast craftspeople to be found in all corners of the Big Tent.

Sales people have their tricks, some really cool ones. Production Alchemists have bags full, as do Voice Performers, Engineers, Disc Jockeys and General Managers.

That’s one of the things that made me fall in love with radio. It is a portal to Infinity.

Next post: O’DAY’S TRAVEL WOES #53: MY TROUSERS FALL DOWN AT THE EMMY AWARDS