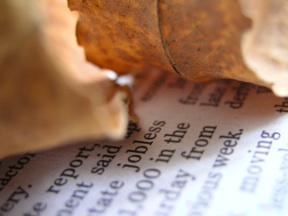 “I am #1 in the market. I was happy, but they didn’t give me a contract. I have Internet radio experience, and they wanted to capitalize on that without paying me more.

“I got some interest from different stations and so I sent them T&R’s. I was always told that you don’t say anything until you get an offer and then you give your bosses a chance to counter offer. Am I wrong?

“Management said they wanted to solidify the staff and that I was bad for morale because the sales staff was worried about me leaving.

“What do you think I should do? I am just scared that they would try to do something to me for talking to you. Please don’t mention my name or location.”

What could they do to you? They’ve already fired you, haven’t they?

“I was always told that you don’t say anything until you get an offer and then you give your bosses a chance to counter offer.”

That’s a risky strategy. If you seek work elsewhere primarily to try to drive up your price where you’re already working, you open yourself to the possibility of your current employer refusing to meet your demands and bidding you adieu…while you don’t have a contract elsewhere.

You sent airchecks & resumes to other stations. Unless your goal was simply to waste their time, then the clear message was that you’re “available” and that you’re not particularly eager to stay with your current employer.

Let me put it this way: If your wife sees you at a singles bar, she might question your loyalty. (You might wonder what she’s doing there, too, but that’s another story.)

“What do you think I should do?”

If you have hopes of getting your job back, your best shot is to arrange a meeting with the GM, explain that you acted out of naivete and not out of lack of loyalty, and ask for a second chance. If your GM is considerably older than you, he or she might remember making similar mistakes as a young employee.

But I think there’s an additional factor you need to consider, and I think it’s a strike against you:

“I got some interest from different stations and so I sent them T&R’s.”

That makes it sound as though numerous other stations contacted you, and you responded to their interest by sending T&Rs. If that were true, it would be dumb on your part; why send a T&R to a station that is trying to recruit you?

But if it’s more than one station, my experience tells me that you approached them. And if that’s the case, you really can’t expect your then-current employer not to get upset.