O’DAY’S TRAVEL WOES #53: MY TROUSERS FALL DOWN AT THE EMMY AWARDS

September, 1995: New Orleans was the site of this year’s NAB Radio Show, where I presented The Total Quality Radio Station.

Edison Media Research’s Larry Rosin — who moderated a panel at the convention — insisted that he wanted to buy me a nice dinner there . 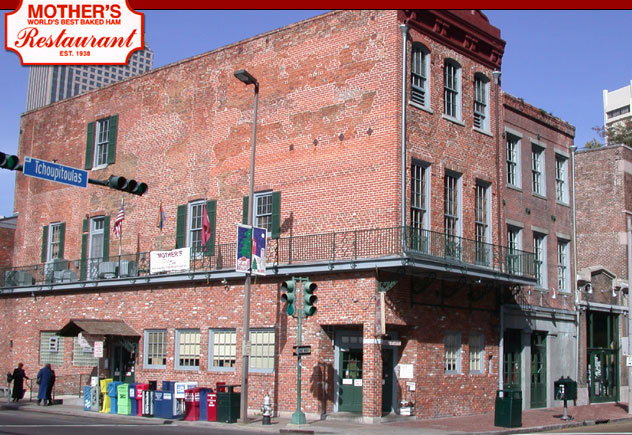 So on my first evening in New Orleans I followed him a couple of blocks from my hotel to a diner called “Mother’s,” where I ordered the most expensive thing on the menu — a $7 sandwich. Which I paid for. (At least the sandwich was good; I’d go back there.)

I left the convention a day early, because the following day I had to put on a tuxedo for the second time that year (and, actually, that decade) in order to attend the Emmy Awards here in L.A.

I’m pretty sure I was the only guest who drove up in a 1981 Toyota Tercel. (I prefer to think of it as a “classic automobile.”)

Walking past the screaming fans and frothing paparazzi, I swear I could hear people murmuring, “Who the heck is that??”

I had decided not to wear the suspenders that came with the rented tux; why bother to indulge in such a silly affectation? Only upon arriving at the Emmys did I realize that they do hold your pants up. So I had to walk with one hand at belt-level, constantly tugging to keep my trousers up. (I’m a very classy guy. And there’s more to come.)

Next time you watch an awards show (assuming that you have nothing better to do with your life), notice how you never see any empty seats when the camera pans the audience. But…What about the winners who leave their seats to claim their awards? What about the people who get up to use the restroom during the multi-hour event?

Their seats temporarily are filled by “seat fillers” — formally dressed young men & women who stand on the sidelines, out of camera range, and rush forward to take the place of anyone who vacates (even temporarily) a seat. No, they don’t get paid for this…and they even have to provide their own fancy clothes.

I assume that even my seat was filled when, midway through the show, I went to the rest room.

There was a line of tuxedo’d men waiting to get in. Immediately in front of me was an older gentleman talking on a cellular phone. Here is what he said:

Somewhere between my auditorium seat and the bathroom, I lost a cuff link. For the rest of the evening I kept shirt cuff fastened with a safety pin. (I know what you’re thinking: I remind you so much of Cary Grant.)

Next post: VIDEO RECAP: ORSON WELLS AND “THE WAR OF THE WORLDS”