WINNER: "CAN YOU WRITE A BETTER RADIO COMMERCIAL THAN THIS JUNK?" CONTEST 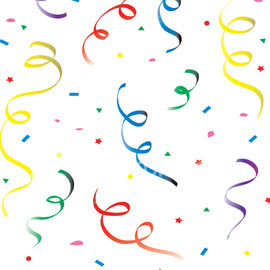 At last, the winner and the runners up in the competition that has rocked the advertising world and entranced several nations (some of which prefer not be identified).

Here is the original “Target” radio commercial that was so patently bad that I couldn’t even begin to critique it.

It was such a terrible commercial that it’s impossible to determine the Core Message they were attempting to communicate. (Or, more accurately, that they should have attempted to communicate.) That made it pretty difficult for our contestants.

I’m giving this entry an Honorable Mention because, to my surprise, some people disliked the child performance. I thought the girl’s dialogue was well written, well directed, and well performed.

The biggest problem is that the person doing the buying is a child, while the targeted consumers are adults. The child does deliver the sales message (“under $10”), but the listener is unlikely to identify with the little girl.

Also, the tiny 30-second frame forces the actors to hurry through the dialogue — a bit too fast for the average listener to pay attention to. If they had 60 seconds for essentially the same copy, the story could’ve been much more inviting to the audience.

Finally, the tag line distracts from the sales message, rather than reinforcing it.

I love his delivery, which is why David earns an Honorable Mention. But his story doesn’t invoke a picture of the Target sale. It show us his misery but not the presumably positive results of the sale.

This doesn’t sell Target at all. But her off-center delivery has a lot of potential.

“Oh! I went to…Target’s home design event sale” — Her character hasn’t been spending every waking moment thinking about Target. It’s only when someone expresses interest in her new decor that the character has to pause for a moment to recall it was Target that made it possible.

And I’m sorry, but someone whom I assume is in her 20’s so skillfully setting us up for a “Help Me, Rhonda” punchline? I have to give her props for that. (I’m guessing the first voice is Jessica’s.)

Very listenable. But it doesn’t sell Target at all. If Andy learns to create such easy-to-listen-to vignettes that also actively deliver the sales message, he can do very well for himself and for his clients.

I don’t understand the story at all. But I quite like Adam’s off-handed conversational delivery. Hence, the honorable mention.

“30% off on design accessories” — that line was delivered completely flat and out of sync with the rest of the spot.

Problem: The guy talking isn’t the target (no pun intended) audience, which is predominantly female. Steve is portraying a character. As the only character in the spot, he needs to represent the target audience.

If his character had fit the audience, I might have selected this spot as the winner.

A number of readers criticized this spot as being “not creative enough.” All I care about, though, is the commercial’s ability to attract and keep the attention of the targeted listener and to sell the results of whatever is being advertised.

While I don’t think this spot is great, I think it’s pretty good — considering the limitations of the original commercial’s direction.

His delivery, with its underlying sense of urgency, propels the spot from the very first words — despite the fact that those first words usually would be very weak: “Spring is coming” — yawn. But before you can yawn, he pulls the opening line directly into your life. Steve defines a specific problem (“your house’s same old tired decor”) and offers a solution.

Unlike the original version, Steve’s spot isn’t about Target. Target is important only because it offers a solution to the problem that’s already been identified.

Great commercial? No. Better than the original? Absolutely.

Ryan defines the consumer problem from the outset.

Alas, no commercial that includes the word “affordability” can achieve greatness.

The spot’s effectiveness would be greatly enhanced by a deadline for this “design event sale” — but, unfortunately, no such deadline was mentioned in the original commercial.

Although this was written by a man, it wisely cast a woman — because the majority of Target’s home design customers are women.

Her opening line is likely to attract the target audience — without telegraphing where the commercial is going. She gives an excellent, confident performance.

Gary’s copy is sparse enough for the performer to pause repeatedly — to the benefit of the spot.

Gary’s was one of the few entries not to focus on the “nature” theme that supposedly inspired the items being sold. Why is that smart? Because no one is going to buy that stuff because it’s “inspired by nature.” They’re going to buy it because they need/want stuff like that in their homes…and it’s cheap.

The key phrase in the original commercial is “under $10,” not “nature inspired.” Gary spotted that and ran with it.

“Now on” is the British equivalent of “going on now,” which I absolutely hate. I’ll give Gary the benefit of the doubt by assuming if there were an actual deadline to refer to, he wouldn’t have said “now on.”

So, Gary, you won your choice of any one of my e-books of my mp3 seminars. Small solace for the tremendous resentment you already are sensing from everyone else who thought their entry was better. But congratulations nonetheless.

(Please come pick up your prize during normal business hours.)

Next post: RADIO PROGRAMMING: Empty Seats On The Clue Train