O’DAY’S TRAVEL WOES #24: Don’t Shoot Me, I’m Only The Interpreter

My last stop on this radio seminar tour was Oberhausen, where I conducted AIR PERSONALITY PLUS+ for NRW, thanks to PD Dr. Klaus Klenke and Music Director Jeff van Gelder. 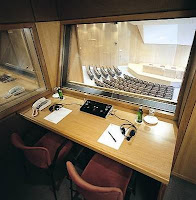 This is not as difficult for me as it might sound. The only real problem is that when I say something humorous, I have to wait seven seconds for the translators to catch up to see if the attendees laugh. (If they don’t laugh, then obviously the interpreters screwed up the translation of the joke.) 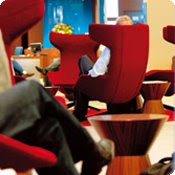 Flying back home via Amsterdam, I spent some time in the KLM lounge while awaiting my flight to L.A. It was there that I noticed a woman who apparently was sanitizing some magazines before bringing them to her home country.

When I walked by, she was using a black marking pen to cover up the legs of a woman in an advertisement.

Then she kept flipping the pages, stopping frequently to apply more black ink to any images that might corrupt her countrymen/women back home. (Either she herself is impervious to corruption, or she’s already corrupted.)

Next post: HOW TO WIN THE RADIO RATINGS GAME: Provide The Most Compelling Context