O’DAY’S TRAVEL WOES #12: Driving Like In That Scene in FARGO

March, 1994: Karole White brought me back to Michigan to present WHAT EVERY RADIO MANAGER SHOULD KNOW ABOUT PROGRAMMING to their state broadcasters convention in Lansing.

Each year the MAB includes a “Beer & Bull” evening session, offering attendees the opportunity to sit, shmooze, and share ideas in a very relaxed & informal atmosphere. Monday evening’s B&B was so relaxed that I left the hotel considerably later than I had planned for my next day’s engagement.

I had to drive an hour or so to Grand Rapids. Although the local weather forecast predicted snow beginning around midnight, no one seemed to think that would happen. By the time I packed up my belongings and retrieved my rental car from the hotel garage, it was 11:50PM.

At five minutes past midnight, it began to snow. Hard. Very hard. With wind, lots of wind.

Suddenly this California boy was driving an unfamiliar vehicle in the dead of night on an icy highway with snow flurries so strong that visibility was about six feet.

I had two options: I could drive slowly and hope the blizzard wouldn’t intensify to the point where I simply couldn’t risk driving. Or I could drive fast and hope that I reached my hotel in Grand Rapids before I collided with some other snow-blind vehicle.

I decided to drive fast.

Actually, what I really decided was to find someone’s tail lights, follow them, and hope they knew were I was going.

It was during this harrowing journey that I witnessed what perhaps is the most stupid thing I’ve ever seen while driving. The highway offered two lanes in each direction, with a divider in the middle. I was driving in the right lane. Another car was in the left lane, just slightly ahead of me. (The visibility was so poor that all I could see was its tail lights.)

We both were doing about 70 miles per hour. I know, that in itself sounds pretty stupid in a blizzard, but I figured if I kept with the traffic flow I’d be less likely to be hit from behind… and, as I said, I was gambling that I’d reach the hotel before I had to give up.

A third car pulled up alongside me, apparently in a hurry. In fact, he was in such a hurry that he was tailgating the guy in front him, flashing his bright lights on & off…at 70 miles per hour in a snowstorm!

Somewhat to my surprise, I actually made it to my hotel. After a few hours sleep, Tom Marshall picked me up and drove me to WKLQ, where I conducted my full-day AIR PERSONALITY PLUS+ seminar for his airstaff. WKLQ had just (the previous day, as I recall) taken over a competing station, WLAV, so there was a lot of excitement among the staff…or, I should say, staffs.

I stayed a second day to conduct my commercial copywriting seminar, HOW TO CREATE MAXIMUM IMPACT RADIO ADVERTISING, for the sales & production staffs, thanks to GM Bart Brandmiller and GSM Jennifer Wynn Stoll.

After completing the seminar, I was dropped off at my hotel, checked out of my room, loaded up my rental car…and discovered the battery was dead. Inasmuch as I had to drive an hour (to Kalamazoo) that night (again, in the snow), I had been hoping to complete at least part of the trip before dark. Alas, it took an hour for the AAA vehicle to arrive (later I realized I could’ve called Hertz had them send someone out), and night fell before I left.

How was the drive? I’ll spare you the details. Suffice it to say I found myself going round & round the highway interchange at Kalamazoo. When I finally managed to get onto the right road, it winded around forever, I got hopelessly lost again, and I arrived at my hotel in a very foul mood.

Little did I know my troubles had not yet begun. Or, to be more accurate, they had begun but I wouldn’t realize it until much later.

The following morning I drove through the snow to conduct AIR PERSONALITY PLUS+ for WKFR. This was a double repeat engagement; the previous year GM Ed Sackley had brought me in to conduct a seminar for the air staff of one of his other stations. And I had done a seminar for his PD, Rick Belcher, a few years earlier when Rick was programming a station in Saginaw.

It snowed heavily all day, and it still was snowing when I returned to my hotel to pack up and head for the airport. (An old O’LINERS subscriber, John Dial, attended the seminar and was kind enough to lead me in his car, first to my hotel and then to the airport. I didn’t have time to get lost….Or so I thought.)

At the airport, I learned that my flight to Chicago (which connected to my flight back home to Los Angeles) had been delayed…for five hours. There were, however, no seats available on the only remaining United Airlines flight out of Chicago.

I managed to get United to book me instead on an American Airlines flight in Chicago. There would be just enough time to make the connection, which had been delayed from 10PM until 11PM.

I reached O’Hare Airport, grabbed my bags and raced off the plane and across the airport to the American concourse, arriving at my gate just in time…to see the gate agent post a sign indicating my flight would be delayed for an additional 3 hours. Great.

Here’s a tip for you:

Whenever your flight is delayed for a couple of hours or more, ask the gate agent for a food voucher. A good way to phrase it is, “Are you authorized to issue a food voucher for me?”

Taking my $8 voucher, I dawdled over my food at T.G.I. Friday’s as long as I could, then returned to the gate. Some of the people waiting endlessly to leave Chicago apparently were actors. One of them suddenly got up and burst into uninhibited song, ad-libbing lyrics about our predicament. 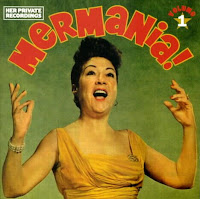 Everyone laughed and applauded. This, it turned out, was a mistake, because it encouraged him to continue. The guy just wouldn’t stop (imagine a male Ethel Merman), and it served to make the interminable wait that much more unbearable.

Finally arriving home in L.A., I assumed my troubles were over.

In February, I had produced the second annual PD Grad School in Dallas. As in the previous year’s event, I had arranged for Art Vuolo — along with a second cameraman — to videotape our guest speakers. Art then took the 8mm videotapes back to his home in Michigan, where he transferred them to VHS review copies. Rather than ship them to me, he thought it would be safer to hand them to me (the copies and the masters) at the MAB Convention. And that is what he did.

When I got home and unpacked, I couldn’t find the videotapes.

I started to get nervous.

But they weren’t anywhere.

I checked my car (in which my bags had nestled on the drive back from the airport.)

I checked, doublechecked, and rechecked my suitcases….again and again.

By now I wasn’t nervous. I was panic-stricken.

I called the three hotels and I had stayed at. They hadn’t seen my tapes.

I called the two airlines I flew back home on; no luck there, either.

I called the three hotels again…and yet again.

I called the airport in Kalamazoo. (No easy feat, by the way. They have an unlisted number.) Would someone please look for a box of videotapes? I might have left them on a shelf next to the shoeshine stand when I opened my bag to find something to munch on during the five-hour delay.

I called the airport in Los Angeles.

It was a nightmare.

I took out newspaper ads in Grand Rapids and Kalamazoo. (I was pretty sure I remembered packing them before leaving the hotel in Lansing.) Offered a big reward.

No videotapes. All that effort and extra expense for nothing.

A couple of weeks later, I received an unexpected phone call. It was the manager of the hotel in Grand Rapids (the second of my three hotels on that trip). My box of tapes suddenly had appeared in his Lost & Found department; he had no idea where they came from. His best guess was another hotel guest somehow inadvertently carried them off and then sent them back to the hotel when the mistake was discovered.

And so, at long last and well after I had given up, my tapes made it home to Los Angeles.

But this whole incident was so traumatic that I’ve never since had any PD Grad School sessions videotaped.